It is said that Japan has already become a backward country.

We knew the population decline.

With the development of China and Southeast Asia, Japan has become relatively weak.

Why can’t Japan change the country?

I found it in a book I read recently.

That is Takagi Tsuyoshi’s “gray book”

The Japanese system that comes out in this.

Japan, a country dominated by the elderly.

Education that it is good to follow the elderly.

2) Educate seniors well for one year in sports.

3) There are words for older people.

There is no seniority order in the West.

There are not many words above and below.

Japanese is noisy up and down.

So I can’t talk if I don’t know your age.

The year of joining the company rather than the exact age.

Evaluation of how much rag cleaning was done.

Foreigners are an exception.

The story of Prime Minister Miyazawa is impressive

As I read a long time ago, former Prime Minister Miyazawa is from the Faculty of Law at the University of Tokyo

How many years have you been joining the officials?

All ranks are seniority ranks.

To be exact, non-regular employees, part-time workers and overseas trainees are different.

Full-time employees who move the society cannot escape from this Japanese system.

Because it cannot be changed. That’s because the Japanese system is inundated.

For example, Uber and airbnb were crushed

There is a good example of the Japanese system.

It ’s strange to be sentenced to prison.

If you are a major Keidanren manager in the same project

2) Uber manages as a white taxi

3) airbnb is watered by pressure from the inn industry

There are many examples of this.

There is no new eye from Japan

It is because this senior citizen is given priority.

The elderly are purged immediately after the war.

Many will disappear in the war

With an external pressure of GHQ

Until now, with the aging of the population

The elderly are more

If the old man swims, until the goal just before

The incentive that you do not want to change as it is now works.

If you keep going, Japan will follow a decline

The population will decline dramatically and immigrants will not be accepted.

Even if Kenichi Ohmae tries, he hits the wall of the Japanese system

The Liberal Democratic Party is a friend of Keidanren, Medical Association and Agricultural Cooperative.

Komeito is a friend of a religious organization.

The opposition party is an alliance of full-time employees.

Their aggregate is 44% of the population.

Dispatch, part-time work and overseas trainees are 56% of the population

There is no political organization to support. This is a problem.

Now we can support those non-regular employees

It will be the N Party with the background of Internet residents.

I would like to expect the action of the head of the Tachibana Party.

I was raised by a celebrated mother.

It is a way of life to live peacefully and relaxedly.

I will teach you how to make 4 wallets.

I am struggling to earn with an affiliate on the net. I love celebrities.

I like to eat sweet things because I am poor at drinking.

It is a philosophy that lives enjoying living happily.

Please register from the form below for mail magazine registration. 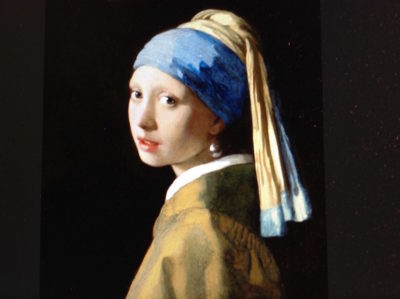